Carbon equilibrium under threat: The balance between inflow and outflow of carbon dioxide has been disturbed.

Carbon dioxide is rising by 2 or 3 ppm each year.
by
Dr. Nitish Priyadarshi 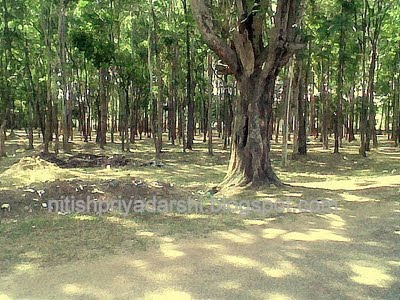 Climate change is neither new nor unusual. The earth’s average surface temperature and climate have been changing through out the world’s 4.7 billion-year history. Sometimes it has changed gradually (over hundreds to millions of years) and at other times fairly quickly (over a few decades).

For the earth and its atmosphere to remain at a constant temperature, incoming solar energy must be balanced by an equal amount of outgoing energy.

Posted by Environment and Geology at 9:40 PM

Hi there! Nice blog! Will pass by once in while.
Francisco

Climategate Foretold...
“• What is the current scientific consensus on the conclusions reached by Drs. Mann, Bradley and Hughes? [Referring to the hockey stick propagated in UN IPCC 2001 by Michael Mann.]
Ans: Based on the literature we have reviewed, there is no overarching consensus on MBH98/99. As analyzed in our social network, there is a tightly knit group of individuals who passionately believe in their thesis. However, our perception is that this group has a self-reinforcing feedback mechanism and, moreover, the work has been sufficiently politicized that they can hardly reassess their public positions without losing credibility.”
AD HOC COMMITTEE REPORT ON THE ‘HOCKEY STICK’ GLOBAL CLIMATE RECONSTRUCTION, also known as The Wegman report was authored by Edward J. Wegman, George Mason University, David W. Scott, Rice University, and Yasmin H. Said, The Johns Hopkins University with the contributions of John T. Rigsby, III, Naval Surface Warfare Center, and Denise M. Reeves, MITRE Corporation.

The Indian government has finally laid out it's plans for tackling climate change. They still need some debate on the detail, but overall it's a good first step. I'm glad we're finally showing leadership on this issue.

However the US and other developed nations are still playing truant. They are the ones who caused the problem to begin with and now they continue to hide from their responsibility despite great steps taken by developing nations.

We now need to put pressure on developed nations. Let’s get out of our comfort zones and take action.

12 December is the global day of action. I am gonna be there. Please join the movement. It's the revolution of our era.

Please spread the word. It's for our future

I think that this kind of carbon is great to do some experiments, so I think it is so illustrative and educational, so thanks for help me with the information.